Following CAMRA’s launch of an initiative this week, calling upon its members to nominate their local pub as an Asset of Community Value (ACV), you may have concerns about the future of your pub estate. Because an ACV automatically receives planning protection, the option to convert, demolish or sell a pub for development could be lost.

So where the development value attached to a pub requires protecting, or lies in the pub’s potential future demolition or change of use, it is even more important than before to either respond properly to a nomination to list a pub as an ACV, or to pursue a review.

Our experience of effective opposition

This year alone we have already defeated a number of ACV nominations with written comments at the nomination stage (our success rate at this stage this year is 60%). Although each nomination must be responded to on its merits or demerits, and these are likely to be numerous, a pattern has emerged which indicates how ACV nominations can be analysed and effectively resisted.

We have seen a lot of nominations, and found that:

Don’t hold back with the Council. It might not want the property to be listed if you put them on notice of the fact that the ACV listing will damage the value of the property proposed to be included. When the ACV legislation was first introduced a central pot was created for local authorities to dip into for compensation claims. However it is not clear where the funding will come from.

Only one bite at the cherry

The issues with the ACV system are numerous, including:

Whilst the ACV legislation remains a feature of the pub industry, with over 600 pubs listed as ACVs, it is now more important than ever that every opportunity is taken to ensure that property owners are not being inappropriately prejudiced by a listing, and that inappropriate nominations are either being effectively opposed in the first instance, or effectively reviewed. 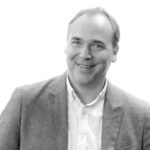 We have been involved in two recent cases were the nominations of pubs as ACVs have been successfully challenged – read more here.

Look out for our next article in this series:

Assets of Community Value – the view of Councils

The article addresses the issue of abusive or tactical nominations when it comes to assets of community value. The Localism Act 2011, which introduced the concept of ACVs, and the nature of nominations, gave rise to unintended consequences which are highlighted in this commentary on how councils are reacting to potential listings. READ MORE

Background on Assets of Community Value

To understand more about ACVs, see our introductory article: