Supporting EU employees ahead of Brexit

Given the reliance of the hospitality sector on workers from outside the UK, the fact that the post-exit immigration status of EU citizens is still not confirmed is a concern. 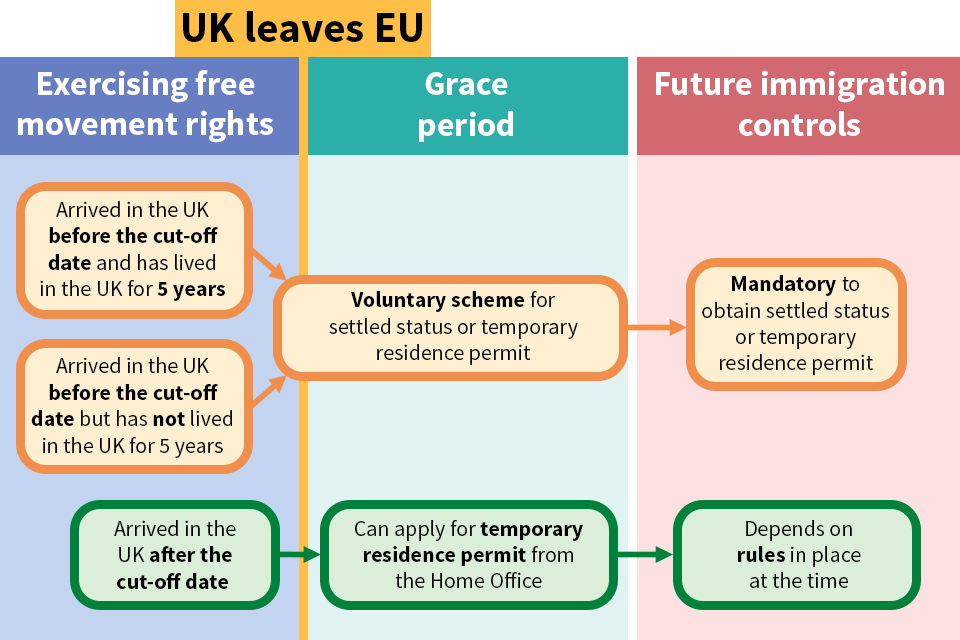 Essentially it appears that “settled status” will not constitute any special status but merely indefinite leave to remain under the Immigration Act 1971, which is the form of settled status currently granted to non-EU nationals.

To qualify for settled status, the EU citizen must have completed a period of five years’ continuous residence in the UK and be resident in the UK at the time of their application.

Those EU citizens who arrived and became resident before the cut off date but who have not accrued five years’ continuous residence at the time of the UK’s exit will be able to apply for temporary status in order to remain resident in the UK until they have accumulated five years, after which they will be eligible to apply for settled status.

The position for EU citizens who arrived after the cut off date is that they should have “no expectation of guaranteed settled status”, and they will be subject to post-exit immigration arrangements for EU citizens.

Depending on the outcome of the Article 50 negotiations, this proposal would create three categories of EU nationals in the UK:

There would be a limited grace period of blanket permission to allow EU citizens limited time to apply for permission.

However, after the UK’s departure from the EU, it would become mandatory for EU citizens to apply for permission to stay in the UK.

It has yet to be determined whether settled status will be documented through an identity card or through inclusion in a Home Office register.

What employers of EU workers should do now

Employers wanting help their workers from the EU to regularise their status in the run up to Brexit can advise them to:

1. Apply now for EU documentation under the free movement rules to prove they are exercising Treaty rights or have a current right of permanent residence. This has been a recognised strategy to date in order to secure status post-exit. However, successful applicants will still have to apply for settled status.

This pathway remains attractive because it appears that the application process for settled status will be significantly easier if EU rights have been documented. It is likely that there will be little or no scope to be refused settled status where a document certifying permanent residence has been granted. The government has said that the process will be streamlined.

2. Apply for British citizenship. Whilst this would appear to represent the safest route for securing status, the government’s current position is that those EU nationals who naturalise as British citizens and become dual citizens lose their free movement rights, including the right to be accompanied by non-EU family members.

The Home Office’s position on dual nationals currently being challenged in the CJEU. Applications for naturalisation will have to be timed carefully to ensure that rights in respect of family members are protected as far as possible both pre- and post- exit. In particular, naturalisation pre-Brexit may result in the loss of EU rights to be accompanied by family members. In the case of, for example, elderly parents, moving dependents to the UK long term is relatively straightforward under EU free movement law, but almost impossible in many cases under the Immigration Rules.For these reasons, remaining a non-British EU national exercising Treaty rights in the UK represents a significant advantage pre-exit in many cases

3. Apply under the voluntary scheme to obtain settled status before the UK’s departure. EU citizens will enjoy all of their current residence rights until the new UK legal regime begins after our exit from the EU.

The Government has stated that it intends to introduce a voluntary scheme to enable “eligible” EU citizens to apply for their permission to stay and any residence document before the UK’s withdrawal. This will enable them to obtain their UK immigration status at an early stage, should they wish to do so. The scheme has not yet been activated and it is expected that when it is there will be a very high volume of applications.

The current process for applying for indefinite leave to remain is document heavy and onerous, especially in respect of proof of continuity of leave and travel dates. If the application process for proposed settled status resembles this, then it will be a significant burden for EU citizens and risk creating delays.

Employers may wish to support EU workers through funding legal support for applications for EU documentation under the free movement rules. This route promises a speedy path to settled status post-Brexit. Employers should also be on standby for the voluntary scheme to help employees obtain settled status before the UK’s departure. Getting ahead of the queue before the system becomes overburdened post-exit will be prudent given that around three million EU citizens will have to lodge their applications or register under the mandatory procedure.

If you would like to discuss the steps you could take as an employer, please contact our business immigration specialist:

About the Author: Leo Skinner

Leo has acted for many years on large acquisition and disposal programmes for major pub, restaurant, bar, late night venue, and hotel operators, heading up the leisure team since 2002. As a result, he has many connections within the industry and is able to provide introductions to leisure operators, licensed/leisure property agents and site finders.
Page load link